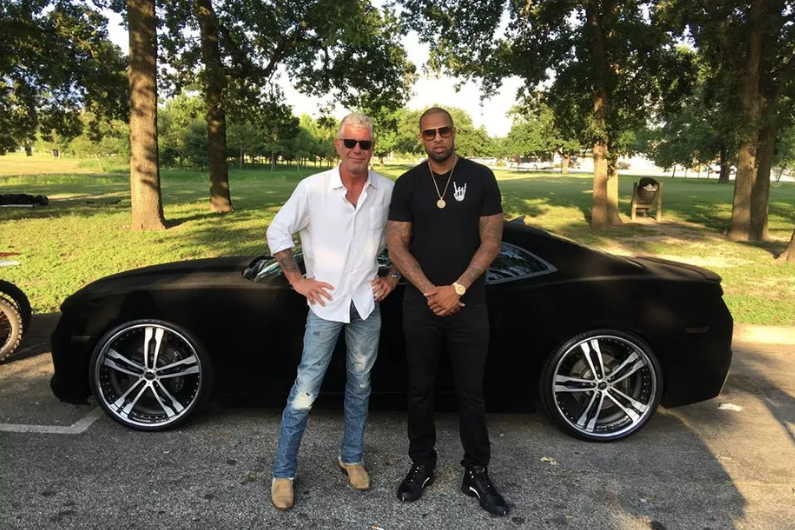 Anthony Bourdain with rapper Slim Thug on the Houston episode of Parts Unknown.

Instead, host and resident rebel Anthony Bourdain focused on one of the Bayou City’s most endearing qualities — its oft overlooked yet thriving diversity throughout the culinary world and beyond.

Though Houston is the fourth largest city in America and has surpassed both New York and Los Angeles as the most ethnically diverse metropolis in the nation, it seems the rest of the country hasn’t, or should I say refuses, to take notice. Houston is still cast as a conservative, Southwestern wasteland where cattle is king, democracy is foreign, and football rules all.

When I relocated to Washington D.C. to begin my college career, an introductory conversation regularly ended with students inquiring if horses were a freeway staple and if tumbleweed sightings were the norm in my hometown. To be clear, as a native Houstonian, my eyes have never been privy to the sight of bustling tumbleweed.

It’s a stereotype even Bourdain fell victim to, a fact he immediately addresses in the episode’s opening.

“Close-minded, prejudicial, quick to make assumptions about places different from where we grew up. I’m not talking about Texas; I’m talking about me, ” Bourdain says. “And people like me, who are way too comfortable thinking of Texas as a big space full of intolerant, invariably right-wing white people, waddling between the nearest fast food outlet and the gun store. That, of course, is wrong.”

It should be noted that these misconceptions in no way cancel out the Lone Star State’s existing prejudices, but it is important to realize that bigotry isn’t a problem unique to Texas and Houston. It’s a plague that runs rampant across the country, even in regularly acknowledged pillars of progression such as America’s largest cities — New York, Los Angeles, and Chicago (Houston is poised to soon overtake Chicago in population).

Over the next 60 minutes, Bourdain expertly dispels Houston’s demeaning stereotypes, visiting the city’s most diverse culinary outposts, using food as a catalyst for cultural education.

Houston’s burgeoning Hispanic community makes a cameo with an inside look into Quinceañera culture at Acapulco Ballroom — a multimillion dollar a year business in Houston which wields bountiful ball gowns, rocking mariachi bands, and starry-eyed teens.

Next, a trip to Lee High School — one of the most blatant examples of Houston’s heterogeneous population — which is considered one of the city’s most diverse schools. We learn how integral Lee’s “English as a Second Language” course is to its countless students, many refugees from countries including Ghana, Honduras, Iraq, and Pakistan.

Bourdain follows Lee principal John Trinh to his Pearland home, which mirrors the diverse makeup of the city. Trinh, a Vietnamese native, and his Salvadoran-born wife, Sylvia, treat Bourdain to a smorgasbord of cultural staples including handmade tamales, homemade pupusas, and Cajun-Viet crawfish boiled in a mix of sriracha, orange juice, and beer.

Of course, Bourdain’s trip doesn’t end there.  He travels to the Texas city of Palacio to visit with Vietnamese shrimp farmers, many of whom immigrated to escape the Vietnam War. Then it’s back to Houston, for a Congolese-inspired meal with the farmers of Plant It Forward, a foundation providing refugees with land to grow and maintain their own urban farm business.

The episode’s finale? A trip to Richmond for a weekend cricket game hosted by the Houston Indian Cricket Club.

In a political climate that has rattled this nation’s core, Bourdain reminds us of food’s immense power to educate the uninformed, articulate the truth, and unite the masses. And how rewarding that Houston — my city, our city — is used as a catalyst to remind others of the importance of America’s diverse makeup.

While countless politicians and members of the electorate continue to degrade and mock this country’s differences, Bourdain gave a glimmer of hope in a way only he could — boldly, unashamedly, and with a sliver of vulgar flair.

“Some people say make America great again. I say American was great all along. Some of us just forgot why,” Bourdain opines at the episode’s close. “It’s great because your grandfather and my grandfather and just about everybody’s damn grandfather or great-grandfather crammed, snuck, bought, or was dragged onto a boat and allowed themselves eventually to dream.

“You still can. There’s still room. In some places in America, apparently, you are still welcome. Welcome, stranger. This land is your land.”