Hello Bello and Pluie make bringing along the littlest Ranger fans a walk in the park. 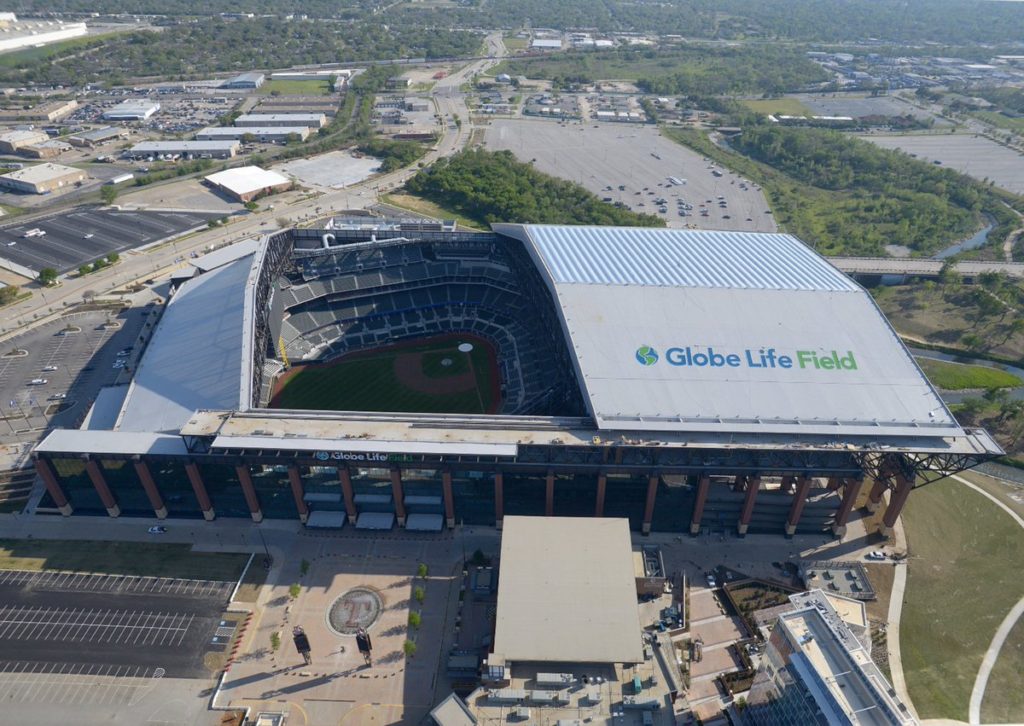 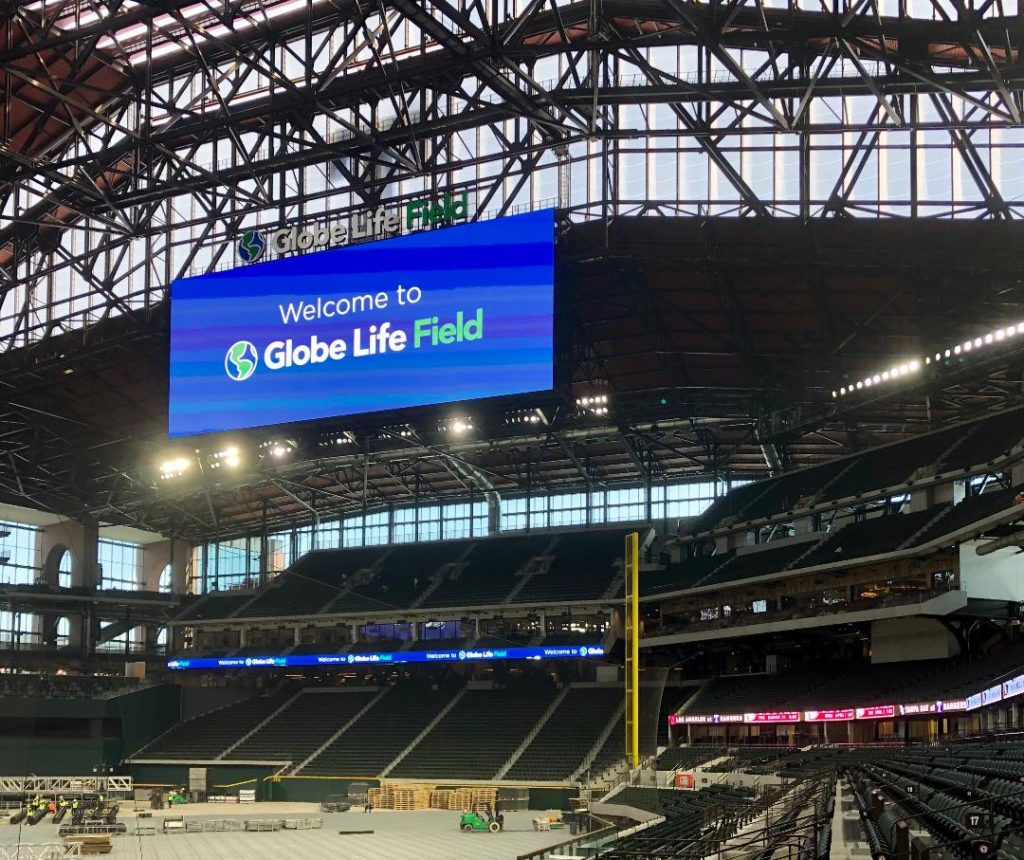 Hello Bello and Pluie make bringing along the littlest Ranger fans a walk in the park.

As a giant American flag unfurled, spanning the entire outfield at Globe Life Field, the Texas Rangers and Colorado Rockies lined the bases placing their caps over their hearts as the Opening Day crowd rose to its feet for the National Anthem. Globe Life’s marvel of a roof was open to view blue skies overhead. This was the scene as the Rangers kicked off their 50th season in Arlington — the team’s third at the new $1.2 billion Globe Life Field (the second there with fans in the stands).

Rangers players will wear a special patch on their uniforms to commemorate the 50th anniversary throughout this season. But it’s not about what’s old as much as what’s new at what’s still Major League Baseball’s newest ballpark.

You may have heard about some of the new wild concession offerings, including the alligator corn dogs and the brisket-filled egg rolls. But what may be even more important for certain game goers is the introduction of 12 new Mothers’ Rooms, meant to make game day a walk in the park for moms.

This season, Globe Life Field is partnering with Hello Bello, the family care brand co-founded by wife and husband actors Kristen Bell and Dax Shepard. The company manufactures and distributes more than 100 different family products, including diapers, wipes, toiletries and even cleaning supplies.

“Parenting can feel like an endless pickle between third base and home, so these clean and relaxing spaces will give parents a chance to breathe while having access to complimentary Hello Bello essentials including diapers, wipes, hand sanitizer and hand soap,” a release notes.

Each of the eight fan-accessible rooms is themed after Hello Bello’s vibrant and creatively named diaper designs including Alphabet Soup, Watery Melons, Wildcats, and Sleepy Sloths. Four additional rooms have been designated to serve the players’ families and those who work in the team’s executive offices.

These new Mothers’ Room provide seating in relaxed privacy for calm feedings, away from the roar of the crowd, as well as sanitary changing stations and an assortment of Hello Bello diapers. Plus, convenient hand washing stations.

The partnership comes along with Hello Bello’s larger investment in Texas. The company opened a diaper factory in Waco last October. That 312,000 square-foot facility made major headlines. It was brought to life by Waco design mega stars Chip and Joanna Gaines’ Magnolia design team, which assisted in the general design, staging, and visual merchandising of the space.

Hello Bello is unique for another reason as well. It’s the only independent diaper company in the United States to manufacture its own products from design to delivery. Who knew?

Globe Life Field has also installed two special self-sanitizing Pluie changing stations in the high traffic, fan-accessible Mothers’ Rooms that are located by Sections 209 and 104. Founded by two mothers, Pluie touts itself as the world’s first and only self-sanitizing diaper changing table for public restrooms, powered by a patented UV-C light system, adding even more peace of mind.

While The Texas Rangers step up to bat for their 50th season in Arlington, and try to overcome an early 1-4 start, Globe Life Field is hitting a home run for families and their little sluggers. This wonder of a still new ballpark keeps trying to up its own game.