Harlowe MXM is open for dinner and weekend brunch in Deep Ellum.

Where to Eat Right Now Harlowe MXM is open for dinner and weekend brunch in Deep Ellum.

There’s lots of new food to be had in Dallas this week. A new outpost of a buzzy restaurant chain, a seafood spot to the north, and a Deep Ellum newcomer have all opened their doors recently. Here’s the scoop on the city’s latest restaurant happenings:

It’s worth noting that this Shake Shack’s tabletops, chairs, and booths have all been built using sustainable or recycled materials.

Plano has another new restaurant – and will probably have five more by the time this article is online. Hookline, the grown-up, fancy sister restaurant to Hook Line & Sinker, is now open in Plano’s The Boardwalk. The new eatery will serve a few classics from Hook Line & Sinker, plus a menu of elevated chef-driven seafood.

However, Hookline is pretty casual. The decor is bright and airy, and there’s a decently sized patio.

Harlowe MXM in Deep Ellum has been quietly serving food and drink for a few weeks, but the multi-story bar and restaurant officially kicked open the doors last Thursday. Expect a wide-ranging array of New American food, impressive cocktails and a stylish atmosphere. It’s open for dinner and weekend brunch.

If the promise of a Donut Hole Milk Punch or Frozen Aperol Spritz isn’t enticing enough, take a look at the massive rooftop patio. 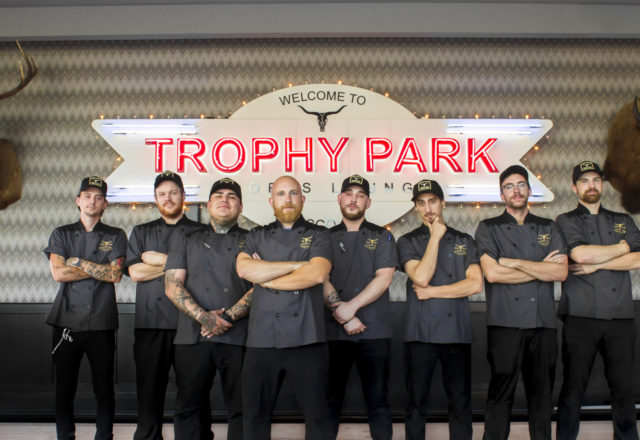