The Burger Joint's got a solid Smoke Stack.

The Hay Merchant is known for its Cease and Desist.

Hubcap's Sticky Monkey has some unexpected ingredients— like peanut butter and banana.

Backstreet Cafe's Hugo's Burger is every bit as impressive as its namesake.

From its tater tots to its mac & cheese Grim Burger, Lankford is an oldie but a goodie. 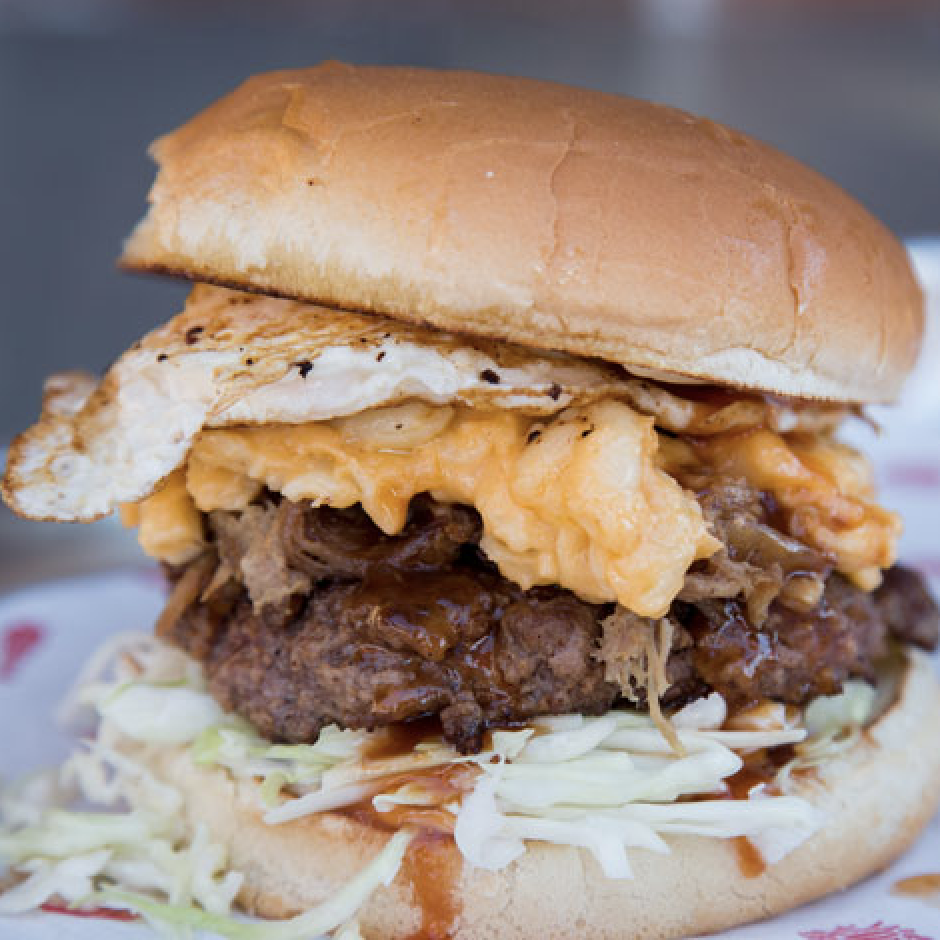 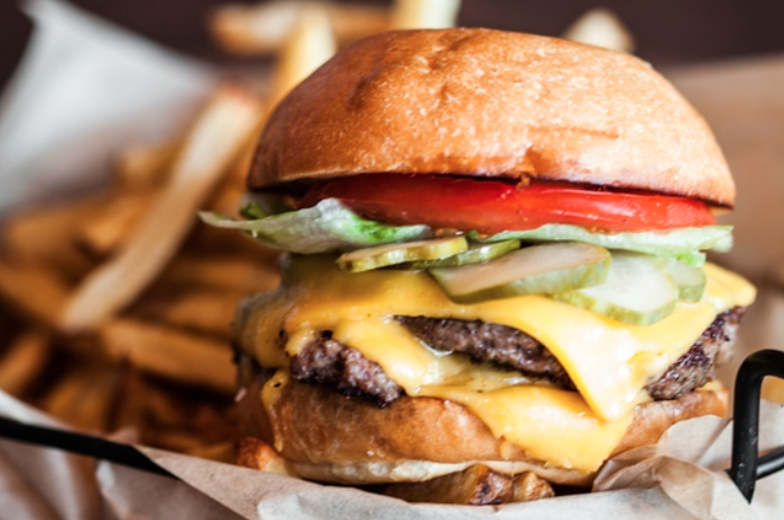 The Burger Joint's got a solid Smoke Stack.

The Hay Merchant is known for its Cease and Desist.

Hubcap's Sticky Monkey has some unexpected ingredients— like peanut butter and banana.

Backstreet Cafe's Hugo's Burger is every bit as impressive as its namesake.

From its tater tots to its mac & cheese Grim Burger, Lankford is an oldie but a goodie.

You could say there’s been a lot of burger buzz in Houston lately. Big-time burger masters like Shake Shack, Hopdoddy and BuffBurger have put down ever-expanding foodie footprints in Space City.

They may be running rampant in the news lately, but they’re far from the only burgers in town. The Bayou City’s a veritable patty paradise — whether you like them on the thinner side, crisp, made of good ol’ fashioned beef, brisket, a mix of both, or even veggies.

And you can enjoy a burger in any type of atmosphere, whether you want an out-and-out burger shack, a refined cafe setting or a brewpub.

There are so, so many to choose from that it might seem like a daunting — though, obviously, delicious — task. Luckily, PaperCity has rounded up not only Houston’s 10 Best Burger restaurants, but their very best burger offerings.

This iconic neighborhood joint — both in The Heights and Montrose — is a must-try. The expansive patio is the dream place to munch on one of The Burger Joint’s meaty monsters. Expect thick, plump burgers bursting out of a toasted bun.

No muss, no fuss. Lankford’s legendary hearty burgers are the tops, served up in a kitschy little spot on Dennis Street. At first glance, the burgers are just as unassuming as the restaurant itself. But once you take one bite, you’ll know what you’re in for.

Lankford’s Old Fashion Hamburger comes with all the fixin’s: mayonnaise, mustard, lettuce, tomato, pickle and onion. Or for just $10.99, you can get the classic as a triple threat.

That’s right — triple meat. Are you up for the challenge?

This mom-and-pop sandwich shop dates back to 1961, and you can definitely say they’ve perfected the art of the made-to-order hamburger over the decades and decades. The family grew up on the second floor of the old building, and it’s that family love that makes Stanton’s what it is.

The Luke Skyburger is just one of Stanton’s many standouts. Like any good cheeseburger — in this case, provolone — there’s a hearty helping of bacon. But get this: the bacon’s deep fried and served with fresh garlic-sautéed spinach and grilled mushrooms. What’s not to love?

The fresh-grilled burger should be the center point of the meal, but that definitely doesn’t mean you should overlook Hubcap Grill’s homemade, fresh-cut, twice-fried French fries.

All of their burgers are phenomenal, but the daring among you should seriously try the far-out, outstanding Sticky Monkey Burger. This particular creation is downright bananas — literally. With an undeniably Elvis edge, this beef patty is topped with crunchy peanut butter, American cheese and grilled bananas.

It’s almost unfair that Backstreet has such a good burger. It’s go the whole cozy home-turned-restaurant thing going for it, the patio, the extensive menu where almost every item’s a winner. They don’t need a wow burger on top of that.

But they have one. The wood-grilled Hugo’s Burger, named for chef Ortega. Imagine a perfectly cooked patty topped with avocado, Chihuahua cheese, chipotle aioli, lettuce, tomato and red jalapeno. It’s just the kick you need.

OK, OK. This one takes some commitment — it’s essentially a little shack tucked under 59, and it’s not the most pleasing place to look at. But where else can you find the best, leanest-yet-oh-so-juicy buffalo burger in Space City?

Go for the Border Burger with Monterey Jack cheese and some pleasantly spicy picante sauce for a little kick. Beauty is in the eye of the beholder and man, Bubba’s burgers are beauts.

People know Hay Merchant first and foremost as a beer haven, with craft brews aplenty. Even the most discerning and, let’s face it, picky hops enthusiast will find something delightful on tap.

And what a better pairing than the Cease and Desist Burger? The two 44 Farms patties are bursting with flavor, completed with two slices of cheese, lettuce, tomato and a special touch with a house-made pickle.

It’s the little things that count — even in this massive burger.

This White Oak gem, with a glorious lit patio, sits on a lot that was, for a while, cursed. Restaurant after restaurant closed down in the spot. But, it looks like Ritual has turned that all around as a carnivore’s paradise.

This under-the-radar restaurant is run by the folks who brought you the equally edgy Voodoo Daiquiri Drive. The brewpub is all about the meats, tucked over on Canal Street. Hot dogs may be the top-billed eats, but their burgers can’t be overlooked.

The top recommendation for those who like it hot, hot, hot would be the Grim Creeper, with 13 chiles of death and red devil sweat mayo. But for the average Joe, it’d be the Willie with smoked ham, chipotle pimento cheese and roasted pepper slaw. You can’t deny it’s a solid mix of flavors.

This food truck-turned-big-time-brick-and-mortar restaurant is said to serve up Filipino-American magic. Flip ’n Patties hand-makes all their Filipino-inspired white steamed “siopao” buns from scratch, and all of the juicy Akaushi burgers come from HeartBrand Beef.

For as tender as the traditional burger patty is, it’ll be hard to pass up on Flip’s veggie, or “Bedgee” burger. This herbivore-friendly patty is full of portabella mushrooms and slathered in tang sauce. Fun and animal-friendly.