Capitol Pub Will Shutter to Make Room for Lochland's The Hangover Sandwich will be served at Lochland's. Photo by Kathy Tran

Lake Highlands has tended to be lacking in restaurants and bars, but one Dallas couple is looking to change that. Husband and wife owners, Peter and Cheryl Kenny, who have owned The Dubliner in Lower Greenville for the past 25 years, are making some major changes.

At the end of this year, the Irish pub owners will be closing their Capitol Pub on Henderson Avenue and opening a new restaurant in Lake Highlands called Lochland’s Food and Spirits.

The new pub will be located in an old veterinary clinic which has been sitting vacant for several years at 8518 Plano Road. It’ll open in January 2020 and will be similar, but different from Capitol Pub.

“We opened Capitol Pub on Henderson when there wasn’t a lot there,” Cheryl Kenny tells PaperCity. “Peter believed in the neighborhood.” And when the couple had the opportunity to purchase a building to own, they jumped at the opportunity to do the same in Lake Highlands.

“We live in Lake Highlands and the area is underserved,” Cheryl says. “We came at a crossroads with our lease being up [for Capitol Pub]. We had a great run, but we always wanted to own our own building.”

With the rent increasing on Henderson, as more and more apartments, condos, shops and restaurants are being built, the Kennys decided to take things in a new direction, take all of their experience and focus on a new place.

Lochland’s will still be an Irish pub, as Peter Kenny is originally from Dublin and has owned several Irish eateries in the area, including The Dubliner (known as the oldest Irish pub in Dallas) and The Gin Mill which closed in 2015. The couple hopes that their usual customers will make the trip over to experience their familiar favorites at Lochland’s.

The 3,000 square foot space will have a 1960s’ building vibe, but the menu will be similar to Capitol Pub. “Guinness, fish and chips and Shepard’s pie will be on the menu,” Cheryl says.

The process for remodeling the old building wasn’t as familiar. “We had to gut it and take off part of the building,” Cheryl tells PaperCity. “But now it’s starting to come together. We’re going to keep it in the spirit of the building.”

An outdoor patio will also be a part of the new Lochland’s, which will be dog friendly.

“We’ll do the same kind of thing,” Cheryl says. “Kids will be welcome during the daylight hours.” She tells me, in Ireland, families all go to the pub together after mass. But then, of course, at night it’ll be adults only. 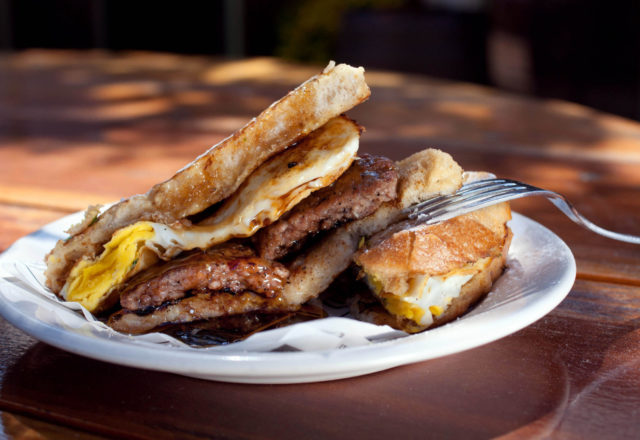