Doug Belk gives the University of Houston defense an identity — and a plan.

These Pearland Twins Go On Different Types Of Missions 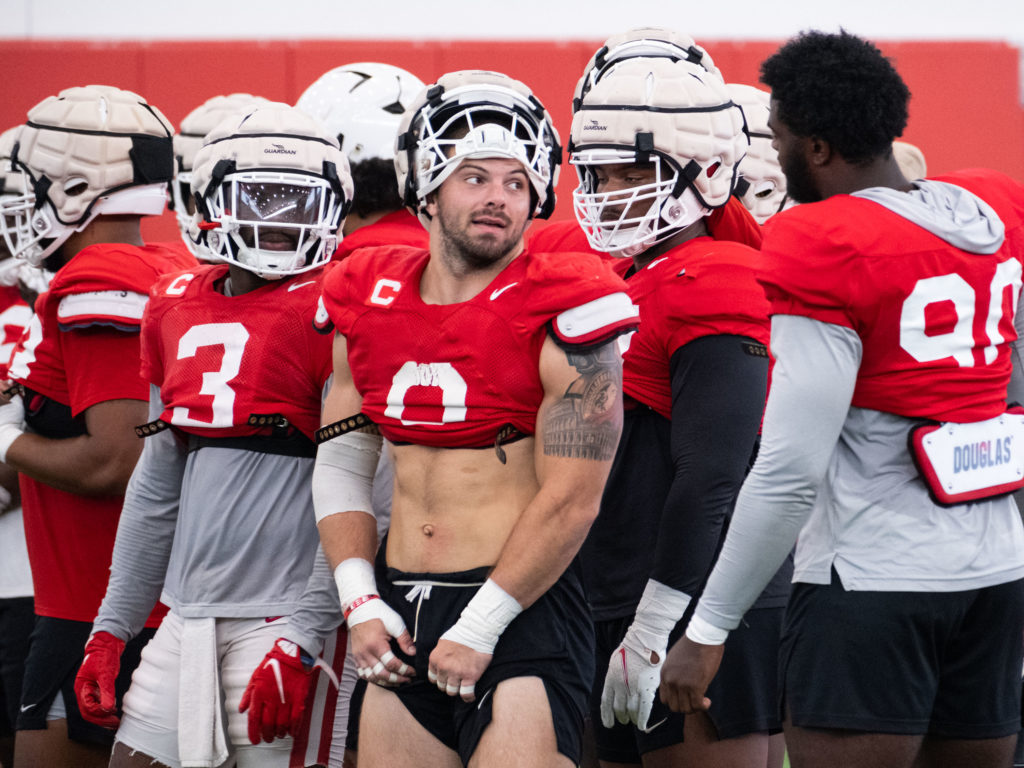 Doug Belk gives the University of Houston defense an identity — and a plan.

When you get four and a half sacks in one game, you hear from a lot of people. And Derek Parish’s phone certainly blew up after his one-man demolition of Texas Tech’s offensive line. Former University of Houston players who now play on Sundays sent texts of praise. Old high school teammates and coaches from Pearland weighed in, many feeling their own sense of pride.

But one response meant more than the others to Parish. One actually cut through the pain he felt from UH losing in double overtime at least a little.

The call from his twin brother Blake, who serves in the 82nd Airborne Division, resonated in a whole different way with the UH edge rusher who’s terrorizing quarterbacks with one fully operational hand.

“I talked to him the next day,” Derek Parish says of Blake. “He was super proud. Hearing his voice — he called me — and him saying, that kind of made me, not really in awe but like that kind of made me happy. Because he was watching and supporting me. And as my brother, that’s what you love to hear. Love to see.

“Making someone in your family with your last name proud.”

Blake Parish gets to watch his twin’s best work on national TV. Derek Parish sometimes wishes he could do the same — and see what his brother, who recently completed sniper school, experiences on one of his missions with the 82nd Airborne.

“If I could watch him go do a mission or something — like a live feed of a football game — man, I’d do it ten times out of ten,” Derek Parish says, his UH baseball cap turned backward and a smile on his face. “I think that’d be so cool.”

When Derek Parish breaks the American Athletic Conference single-game sack record, his accomplishments are all over the Internet and the college football highlight shows. When Blake Parish comes up big on a successful mission, no one really hear anything about it. Sometimes, it’s even classified.

That’s life in a military family.

Still, Derek Parish sometimes gets a feel for what his twin brother really goes through.

“There’s some stuff he’s really not supposed to tell me — like on the phone,” Parish says when I ask him about understanding what Blake experiences. “But he told me during one of his trainings, he was in the field training, and he sat in the same spot for over 18 hours. Pissed and shit in the same spot, training (to lie in wait).

“I’m like ‘Dude, that’s different.’ That’s a different breed right there. You’ve got bugs and snakes crawling right next to you. You can’t even move yourself out of the shrub. That’s crazy.”

When you think about that real-life military training scenario, being on a defense that is on the field more than 100 plays in the Lubbock heat does not seem so daunting after all. Are you really surprised that Derek Parish also dismisses playing two days after undergoing surgery as almost just something that you do?

Still, Parish’s teammates and coaches remain wowed by his post-hand surgery performances. A game-shifting pressure that forces an interception in the opening win over UTSA, playing with a full cast on his right arm. Those four and a half sacks, playing with a cast completely covering his hand in week two.

“My expectations are high for him,” UH defensive coordinator Doug Belk says of Parish. “But just what he’s been able to overcome the last couple of weeks has been even more impressive. Having surgery on Thursday, and playing on Saturday.

“Able to affect that game. Get used to playing with the cast and then just being dominant at the point of attack with his physical strength. His mental toughness allows him to do a lot of things that other people can’t do. I think that’s what separates him from a lot of other guys.”

Coming from a military family (Derek and Blake’s father is a career military man) gives Parish something of a different perspective on mental toughness.

“If I could watch him go do a mission or something — like a live feed of a football game — man, I’d do it ten times out of ten. I think that’d be so cool.” — UH defensive lineman Derek Parish on his military brother Blake

For Derek Parish, it’s all about getting into what he calls a “flow state.” The sense that the man in front of him has no chance of blocking him. Sometimes the two men. For by the later stages of the Texas Tech game, the Red Raiders are keeping in a running back to try and chip block Parish in addition to the offensive lineman assigned to him.

And they still have trouble stopping him. It’s something of a dream game. One that already gives Parish as many sacks (five) in two weeks as he had all of last season.

Still, Derek Parish will tell you that what his brother Blake does is more impressive in many ways.

Both twins are living their dreams. One is just doing it on TV as a member of the University of Houston’s Sack Avenue tradition that has guys like Payton Turner and Logan Hall making noise in the NFL. The other is risking his life for his country.

“It kind of fills my heart up.”

It’s good to be proud of your brother. Blake Parish certainly knows the feeling too.