The iconic scent, Chanel No5 with brand ambassador Marion Cottillard.

Body oil from the new Chanel Factory 5 collection, created to celebrate 100 years of Chanel No. 5.

Alchemist's Garden collection brings a healthy dose of mystery to bear at Gucci.

Some of the scents popping up in Gucci's Alchemist's Garden.

Chanel and Gucci Put the Magic in a Bottle The iconic scent, Chanel No5 with brand ambassador Marion Cottillard.

Body oil from the new Chanel Factory 5 collection, created to celebrate 100 years of Chanel No. 5.

Alchemist's Garden collection brings a healthy dose of mystery to bear at Gucci.

Some of the scents popping up in Gucci's Alchemist's Garden.

Two of the world’s most fabled fashion houses are celebrating an important century mark. One for introducing arguably the most iconic scent in the world, the other for its founding in 1921. Both are marking the rare moment with brand new fragrances so everyone can get in on the fun.

Although, Gabrielle “Coco” Chanel founded the genesis of what would become The House of Chanel in 1909, she introduced her very first perfume in 1921 ― Chanel N°5 is one of the most enduring and beloved scents in the world. Perhaps you have a bottle on your dressing table.

As the story goes, the No. 5 was a recurring theme in Chanel’s life ever since her childhood, being raised by nuns, far removed from Paris in the Bordeaux countryside. So when her perfumer presented her with 10 different vials to sample, she immediately landed on the fifth vial. The rest is history.

While the iconic bottle we know today has been modified (the bottle shape itself in 1924 and the bezeled stopper in the 1950s) the original formula that Chanel debuted on May 5, 1921 is timeless, and has been changed little over the past century. Chanel N°5 is described as “this floral bouquet composed around May Rose and Jasmine features bright citrus top notes. Aldehydes create a unique presence while the smooth touch of Bourbon Vanilla leaves an incredibly sensual trail.”

To celebrate the big birthday of N°5, Chanel has launched a new line called Chanel Factory 5. This is a limited edition line with very modern white packaging. It includes everything from body oil and bath tablets to creams and a new iteration of the scent that started it all dubbed N°5 L’EAU.

But perfume lovers might want to  hurry. Several items in the limited lineup have already sold out.

Gucci Goes To The Garden

The House of Gucci was founded by Guccio Gucci (that’s short for Guccio Giovanbattista Giacinto Dario Maria Gucci) in Florence, Italy back in 1921. It all began with imported and locally produced leather goods, then branched into equestrian goods. Now the luxury fashion house and merchandising miracle maker rakes in nearly $10 billion in sales annually, producing everything from handbags to home decor, and from sneakers to spectacles.

Long before the interlocking G’s took on a life of their own, they were printed on humble canvas bags due to supply shortages during WWII, which is how the nostalgic basket weave design was born. Gucci’s infamous Horsebit Bag arrived in 1955. Now G stands for Gucci in nearly every language around the globe.

To celebrate its 100th, Gucci produced a new scent collection called Alchemist’s Garden ― adding layers of both aroma and mystery along the way. It adds to Gucci’s haute perfumery line with 11 mythic iterations with evocative names like A Chant for the Nymph, Winter’s Spring, A Midnight Stroll and simply 1921.

The Gucci Garden  — the brand’s epic showplace with an in-house osteria, boutique and bookstore — opened in Florence in 2018 and has since inspired many products and collections. And now The Alchemist’s Garden perfume collection as well.

The central scent of the new Alchemist’s Garden collection, 1921, comes in a green glass bottle, and is described as: “The Neroli Flower is both intense and subtle, combining an elegant density with a fizzy green edge. The greenness of the Neroli Flower blends effortlessly with the sparkling freshness of the Limone Cedrato, a zesty ingredient that is fresher and more floral than the lemon fruit.”

Meant to be layered together, each unique perfume in the collection makes its own statement.

For both Chanel and Gucci, the century mark is a momentous occasion, and time to celebrate the sweet smell of success with exciting new scents. 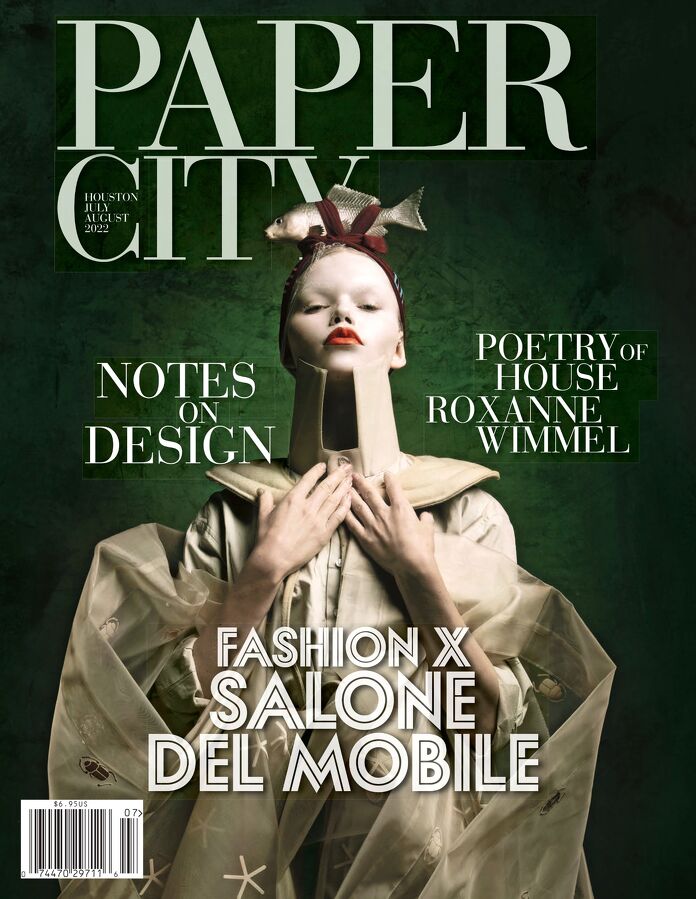