Chef Erik Bruner-Yang helps pack meals at Cane, the first restaurant to reopen under the Power of 10 Initiative, for hospital workers at Medstar Washington Hospital Center.

Petra and the Beast was named one of the Best New Restaurants in America in 2019. 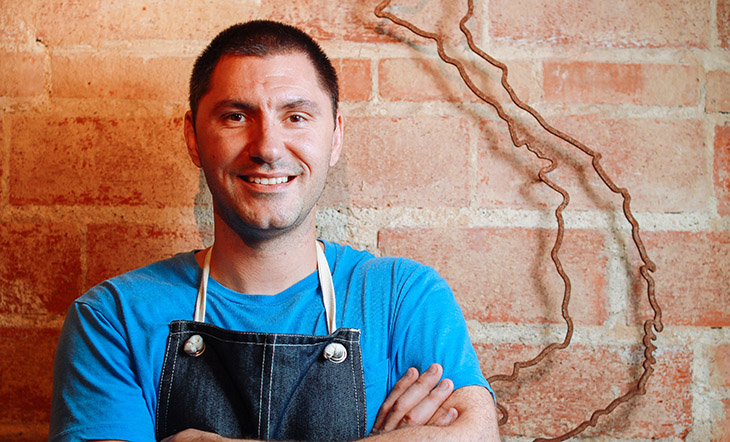 Chef Erik Bruner-Yang helps pack meals at Cane, the first restaurant to reopen under the Power of 10 Initiative, for hospital workers at Medstar Washington Hospital Center.

Petra and the Beast was named one of the Best New Restaurants in America in 2019.

Two Dallas restaurants, Mot Hai Ba and Petra and The Beast, have teamed up with a new national restaurant initiative that is helping independent businesses stay afloat and re-hire unemployed chefs while also feeding communities. Launched in Washington D.C. on March 26, The Power of 10 restaurant relief effort has now expanded to eight cities and 30 restaurants. On May 6, the initiative announced a partnership with Capital One that will allow them to bring even more local restaurant workers back to work.

The Power of 10 was created by D.C. chef Erik Bruner-Yang, a restaurant owner who’s been in the business for over a decade. He launched the program with a few of his own D.C. area restaurants, including ABC Pony and Maketto, as well as chef Peter Prime’s Cane. “After March 16 [when restaurants were forced to shut down], we wanted to help restaurants in our immediate community,” Bruner-Yang tells PaperCity.

The model he created can easily be applied in almost any city’s community. With a Power of 10 donation of $10,000 a week, restaurants can pay ten employees at $14.50 per hour and provide 1,000 meals (affordably priced at $4.20 each) to a non-profit of their choosing. The organization’s recent partnership with Capital One allowed them to expand to Dallas, where Burner-Yang worked with Grover Smith of Indie Chefs Week (an event that highlights small, independent chefs and restauranteurs) to decide which businesses to offer funding to. And though Bruner-Yang says has never personally met chef Misti Norris (Petra and the Beast) or chef Peja Krstic (Mot Hai Ba), there’s a great trust in community.

“I was ecstatic to be able to do this,” says Krstic. “March 16 was our first and last day of training for [Mot Hai Ba’s] new Victory Park location. I’m able to put eight of my people back to work. We’re going to get the team back together for training and open within three or four weeks now.”

In addition to helping Mot Hai Ba, the impact of Power of 10 has also allowed Krstic to contribute to a cause he cares deeply about. “I’m very honored to work with Bryan’s House and Hunger Busters in Dallas.” Bryan’s House serves kids with medical and developmental needs and their families. “To my heart, that’s the closest,” Krstic says.

For now, Krstic says that Mot Hai Ba’s Lakewood location — an intimate (and tiny) neighborhood spot — will be sticking with takeout orders only, but once the Victory Park location opens, there will be far more space for dining in at a lower capacity.

If you’re interested in donating to The Power of 10 and help support independent restaurants, visit here.