Moku Bar is one of Houston's many new poke eateries. (Courtesy photo)

Where to Eat Poke in Houston Right Now

The Best Restaurant Picks for the New Raw Fish Craze Moku Bar is one of Houston's many new poke eateries. (Courtesy photo)

While sushi was long Americans’ preferred pick for raw fish cravings, poke — its Hawaiian equivalent — is stepping into the culinary spotlight in a big way. The raw fish salad is ubiquitous in Hawaiian culture served everywhere from gas stations to grocery stores.

And now it’s become a mainstay on the mainland, permeating the United States restaurant scene. Houston’s no exception to the poke pull, gaining a burgeoning collection of poke spots within the past year.

That means you’ll find poke bowls topped with everything from edible flowers and fried onions to Hot Cheetos and shrimp chips. Diners can also indulge in a broad selection of tempura. 1010 Prarie Street, mokubar.com.

Our favorite: the spicy salmon bowl with a base of white rice, which is comprised of salmon, spicy mayo, spicy shoyu, cucumbers, sweet and green onions, and sesame seeds, then finished with a sprinkle of crushed Hot Cheetos. 607 Richmond Avenue, onopokehouston.com.

People’s Poke hasn’t secured a free-standing Houston restaurant just yet, but its vibrant poke bowls have already landed a legion of loyal fans with its series of pop-ups at West Alabama beer garden Axelrad.

With a nearly 20 locations across California, Georgia, and Arizona, Poke Bar showcases its diverse poke selections in Houston’s Memorial neighborhood, which marks its first-ever Texas location.

Does it get anymore Texan than poke nachos? 14555 Memorial Drive, ilovepokebar.com.

Rice Village gets its poke fix thanks to the newly opened Pokeology, where elevated raw fish bowls reign supreme. While the brand’s poke is popular with the West U crowd, the restaurant is setting itself apart with another raw fish craze — the sushi donut, a donut-shaped rice cake topped with raw fish and avocado strips.

Pair your poke or sushi donut with one of Pokeology’s classic cocktail selections. 5555 Morningside Drive, pokeology.com.

In a sea full of poke bowls, how do you differentiate your sea-centric offerings? With burritos, of course. Not only is Pokii Eatery offering its raw fish salad with rice or mixed greens, but raw fish devotees can also stuff their poke into a soy wrap burrito. 12153 Katy Freeway, pokiieatery.com.

Don’t leave without trying the kani bake — the star of which is the torched kani enhanced with charred crispy rice. 2118 Lamar Street, seasidepoke.com. 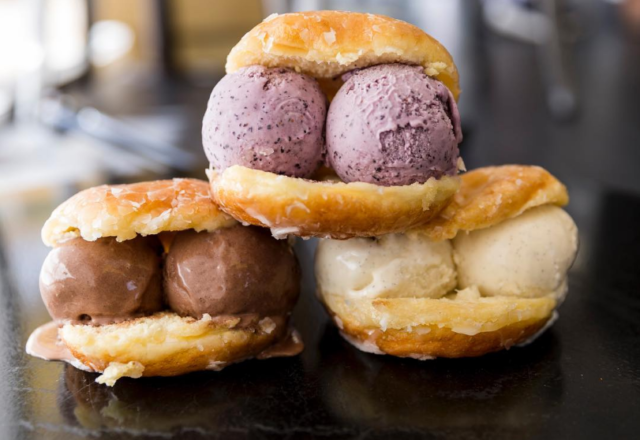