Catering superstar Jenny Castor will share her entertaining tips at a special Fort Worth event. It's just one of the Best Things to Do in Fort Worth this October.

Artist Jammie Holmes releases his new book Monograph with a book signing at The Modern. Photo by Emery Davis

TX Whiskey Ranch is ready for patio season, with a view like none other.

10 Great Things to Do In Fort Worth This October — Outdoor Fun, Stockyards Scares and a Whiskey Halloween 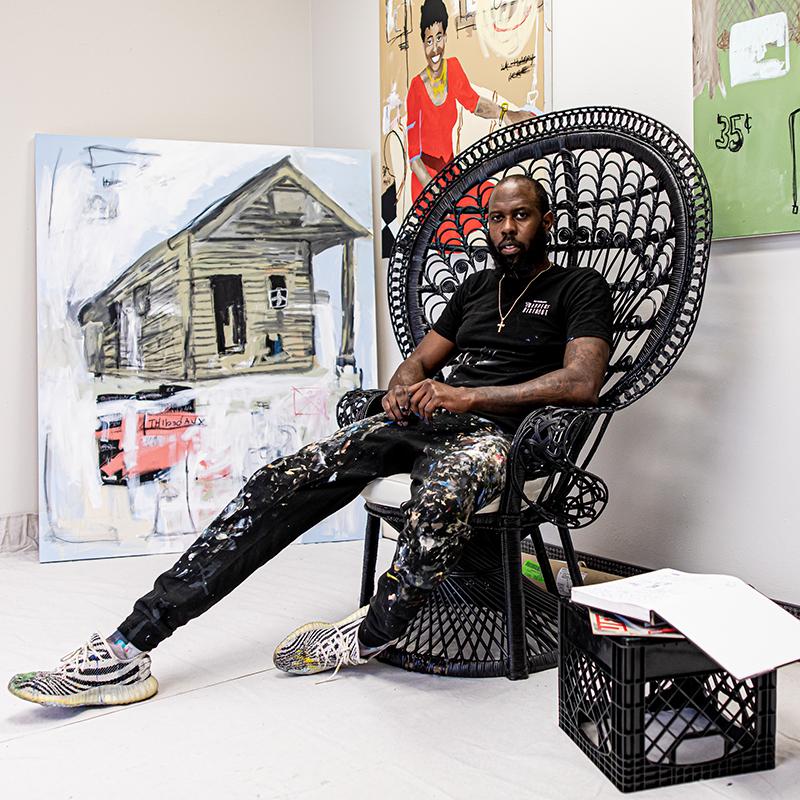 Catering superstar Jenny Castor will share her entertaining tips at a special Fort Worth event. It's just one of the Best Things to Do in Fort Worth this October.

Artist Jammie Holmes releases his new book Monograph with a book signing at The Modern. Photo by Emery Davis

TX Whiskey Ranch is ready for patio season, with a view like none other.

It’s a golden time of year in Fort Worth when patio season is finally gloriously here. Luckily, there are plenty of things to do outside too. But everyone could use a guide.

These are the 10 Best Things to Do in Fort Worth This October:

This Thursday, October 6 through October 30

Take the elevator to the 24th floor of The Harper for some interesting cocktails made with Pendleton Whisky and its sister brand Dobel Tequila. Take the Lone Ranger, which is served in a glittering disco ball tumbler, made with Dobel tequila, lemon juice and simple syrup, and topped with bubbles.

The popup will launch this Thursday, October 6 with a Rhinestone Cowboy Kickoff Party from 7 to 10 pm ― complete with a live DJ, spinning real vinyl and commemorative disco ball glassware.

Panther Island Pavilion is hosting the fourth annual Cigar and Spirits Magazine Festival this Saturday. You’ll be able to sample some top spirits and cigars or take home premium cigars from around the world.

Jammie Holmes is a self-taught artist from Thibodaux, Louisiana. He’ll be signing his new book Monograph inside the Modern Shop of the Modern Art Museum of Fort Worth on Saturday, November 19 (rescheduled from an October date).

Holmes’ work tells the story of contemporary life for many Black families in the deep South and across America. Through portraiture and tableaux, Holmes depicts the celebrations and struggles of everyday life, with particular attention paid to a profound sense of place.

Jammie Holmes’s Monograph includes 208 color pages, a hard linen cover and hand-finished screen-printed edges. Each special edition book is accompanied by a custom-designed tote bag. You’ll get both the book and the tote for $75.

Fall Fun in The Stockyards

One of America’s largest cowboy gatherings, this is a true authentic Western family event that will have The Stockyards buzzing with activities all Halloween weekend long.

This event features trick or treating, hayrides, face painting, Legends of Texas shows and a costume contest. The trick or treating is for kids 12 and under in costume at participating Stockyards stations and Mule Alley stores.

While waiting for the full Fort Worth Food + Wine Festival to return next spring, you can enjoy a special taste of the food of catering wunderkind Jenny Castor, the founder of Luckybee Kitchen. Castor is hosting a one-night-only event in partnership with the Fort Worth Food + Wine Foundation at Sugarboo & Co. in The Shops at Clearfork.

Chef Castor will invite guests to step into her “kitchen” for a special two-hour demonstration. Tickets cost $125. They include the instructional experience, champagne to sip, food bites, an exclusive shopping discount at Sugarboo and a special takeaway gift. You can get tickets here.

The intimate culinary instruction will teach amateur chefs how to use simple food items to create exceptional samplings. Castor knows how to wow an audience. Her catering displays are simply stunning, and she’s the one who fried whole sunflowers at last year’s Fort Worth Food + Wine Festival. Castor’s tips of the trade may just take your holiday hosting to the next level.

Bring your blankets and chairs for the TX Whiskey Concert Series, an outdoor event (weather permitting) featuring country music star Curtis Grimes. The doors open at 6 pm and the concert starts at 7:30 pm. Magdalena’s & Islanders Food Trucks will be on-site as well. Tickets are $25 and include event admission and one cocktail.

Nothing says spooky season like a scary movie. Kick off Halloween weekend on Friday, October 28 with an outdoor movie night (also weather permitting). Whiskey Ranch will be screening the original Scream movie (1996) starring Neve Campbell. Doors open at 6 pm and the movie will start at 7 pm. Food trucks will be on site again to make sure you can munch while watching the flick. Tickets are $10 and include event admission and one cocktail.

Keep the Halloween weekend fun going on Saturday, October 29 when Whiskey Ranch hosts a festive costume contest from noon to 5 pm. You can enjoy cocktails and live music. Plus, there will be several prizes awarded for the best costumes. The grand prize winner will receive a TX Whiskey barrel.

Now, that’s a real Halloween chill. Tickets are $10 and include event admission and one cocktail.

It’s fall and there is certainly plenty of Fort Worth events and happenings worth putting on your calendar.