John Isner and His Wife, Madison McKinley, Bring Dallas to the Wimbledon Semis

A Baby Girl is On the Way, But a Breakthrough Championship Could Come First 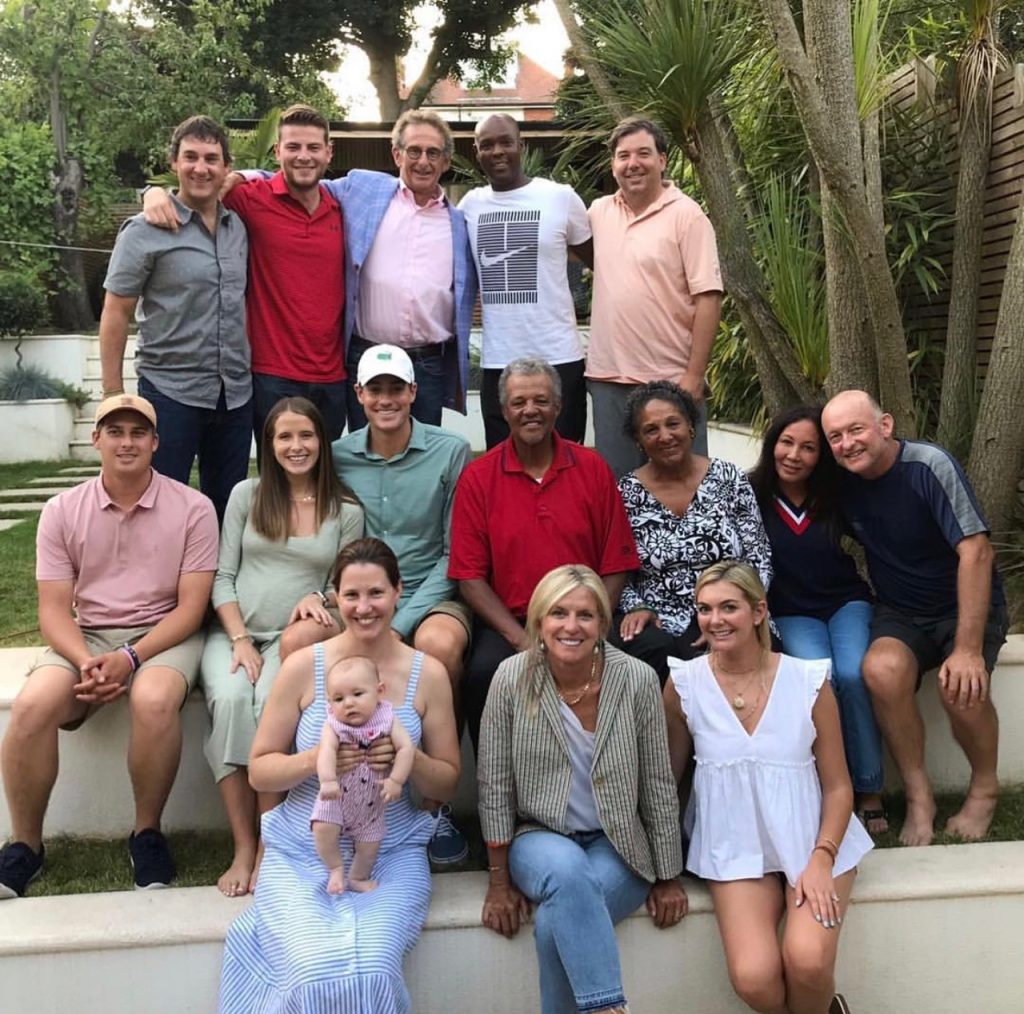 The future is looking beyond bright for Dallas’ resident tennis darling John Isner. Not only is he advancing to the first Grand Slam semifinal of his career at Wimbledon, he and his wife, Highland Park native Madison McKinley, are expecting their first baby girl.

Madison often accompanies Isner on his extensive travels and Wimbledon is no exception — a very pregnant (and always stylish) Madison has been seen cheering him on from the stands at the All England Club.

Her parents, Karla and Mark McKinley, are there as well, in addition to a sizable group of family and friends who came to support Isner (and presumably to be there in case someone else decides to join the fun in London).

In April, John Isner won his first career ATP World Masters 1000 title at the Miami Open. He has reached a career-high in the rankings and on Wednesday he defeated Canadian Milos Raonic in the Wimbledon quarterfinals, advancing the furthest he ever has in a Grand Slam tournament.

“With how I’m feeling physically and mentally, I’m in a very good spot,” Isner said in his post-match press conference. “I think I can keep doing damage here. This is amazing.

“It’s by far the best Grand Slam I’ve ever played in my career, and I’ve been playing for 11 years. I’m super happy. To do it here at Wimbledon makes it even a little bit more special.”

On Friday, Isner will play in his first Grand Slam semifinal against South African Kevin Anderson — who yesterday knocked World No. 1 Roger Federer out of the tournament in a stunning upset. Isner and Anderson have played each other before professionally and they were rivals in college (Isner, 33, played at the University of Georgia, and Anderson, 32, at University of Illinois).

Isner has won eight of the 11 professional matches against Anderson and is projected by many to advance from this battle of two of the game’s biggest servers. If he does, Isner will face either Rafael Nadal or Novak Djokovic in the Wimbledon Final.

Isner’s semifinal match is scheduled for 7 am Dallas time on Friday and can be watched on ESPN.